for my uni art project, I wanted to try some bio textiles processes using sustainable materials given the large amounts of waste and energy used in textiles and materials production. A classmate recommended I try alginate, a seaweed extract often used by dentists for their moulds. I found some recipes for bio-string / bio-plastic / bio-fabricating processes, and also discovered a collection of makers called FabLabs. my project is not strictly a textiles project, but is based on / inspired by string figures, so I was happy to find that this method can be used to create bio-string too. The main ingredients (sodium alginate and calcium chloride) were found at The Red Spon Company, a baking and food supply store in Rosebery, Sydney. They didn't have glicerine, and I check a couple of other stores and couldn't find it also, so didn't include that - one recipe included it and another didn't so I thought it might be optional.

an artwork that moved me:
Ben Quilty's "After Afghanistan" series of paintings - example, his Captain S After Afghanistan painting. the pose and expression on the face and application of paint in such thick strokes and the mix of colours and expressive marks/brushstrokes & use of light and dark/shadow evokes strong emotions in me — in both the technique of the painting and the subject and meaning behind it. 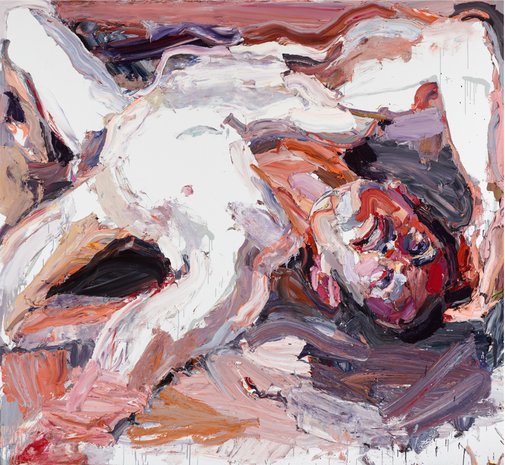