specture ::: the topology and conceptual contexts underpinning my specture body of work ::: explorations of interconnectedness and 'evolution' of extinct species on/and the blockchain 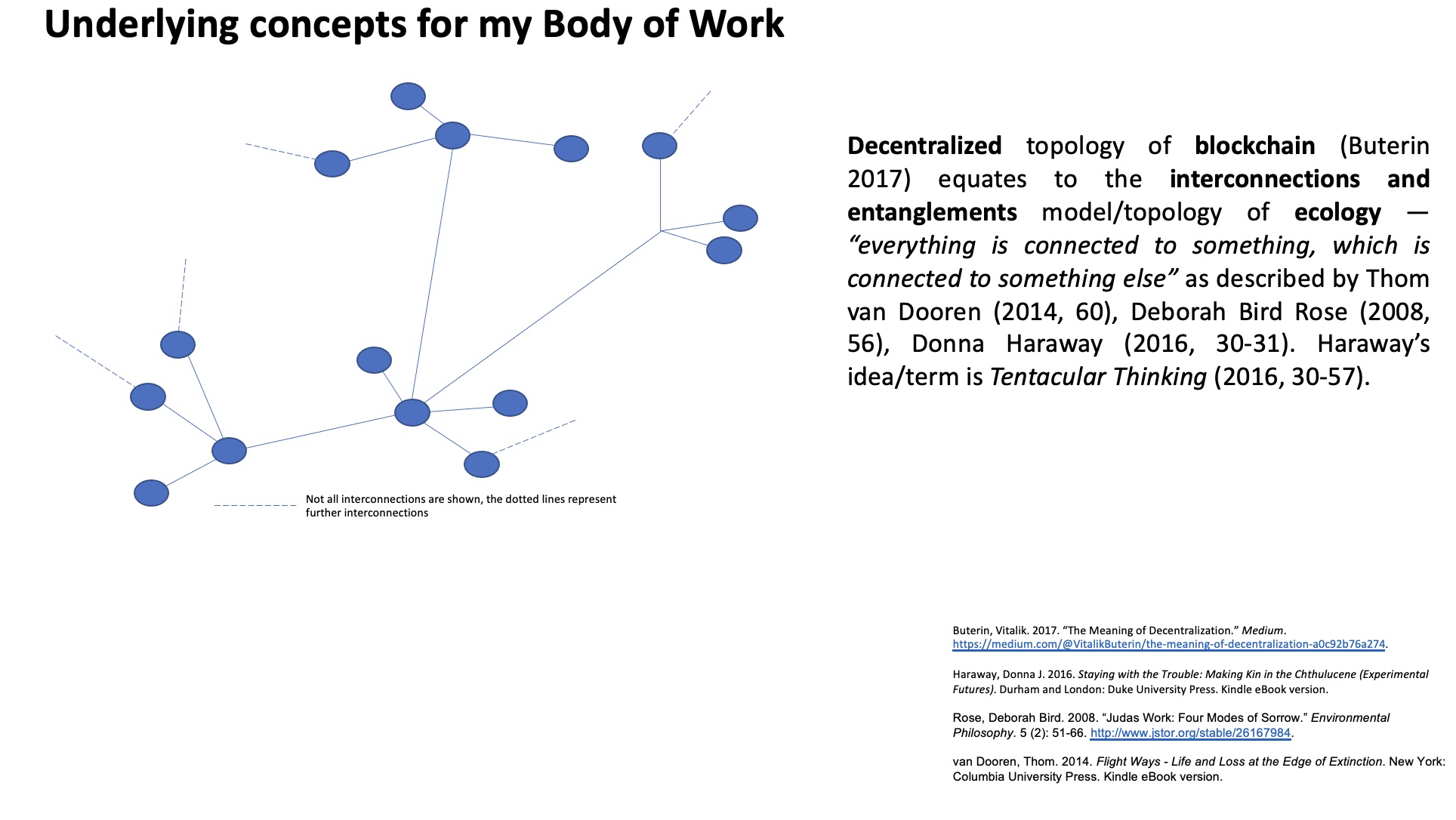 specture is a speculative exploration considering the interconnections and abstractions of extinct species (from NSW) on the blockchain, with the underlying idea: what if in the future this is the only place they exist?

The blockchain is an immutable technological system, where data stored on it remains forever (or for as long as the chain exists). I build conglomerations of generative, code-based systems mixed with 3D digital models to create digital drawings and animations as abstractions of the extinct species and their blockchain environment, to garner what the species might see and experience whilst inside the blockchain. These generative drawings imagine whether the species could evolve once in the blockchain, or would they reach their final form once stored there. They also reflect the decentralized entanglement in interconnectedness in both ecology and the blockchain.

The works are a warning to viewers to try save the species now, as the blockchain is not a place for these plants and animals — it is an unnatural and unnerving place for them to exist.

This body of work began in 2021, initially exploring what the placeless space of the blockchain might look like. I researched place, space, placeless spaces and liminal spaces, and began looking at some of the data of the Tezos blockchain itself (see also API drawings section below). During the earliest stages of the project, I created blokerakts — tesseract-like connected, moving containers to represent blocks on the blockchain using P5.JS and offline drawings in Touch Designer and Processing. Bloberakts were also created, influenced by Greg Lynn’s metablob / metaballs, to add an organic feel to the original placeless space, and to mirror the Tezos blockchain's properties as a place where artists’ and developers’ communities have gathered.

I then moved on to specture, which I define as speculative|species ::: future|architecture. My work is now focused on specture, and explores the parallels between the interconnectedness and topology of ecology and the decentralized blockchain, as well as seeing if/how species on the blockchain can evolve once on this immutable, immaterial system, or will they reach their final form there.

I began the specture stage of the project after reading Donna Haraway’s book, “Staying with the Trouble” and exploring her “SF” concepts: string figures, science fictions, and speculative fabulations. In the early brainstorming stages, I studied string figures, which I see as cultural interconnections and embodied spatial drawings. Then moved to other systems of interconnectedness: ecology and blockchain. 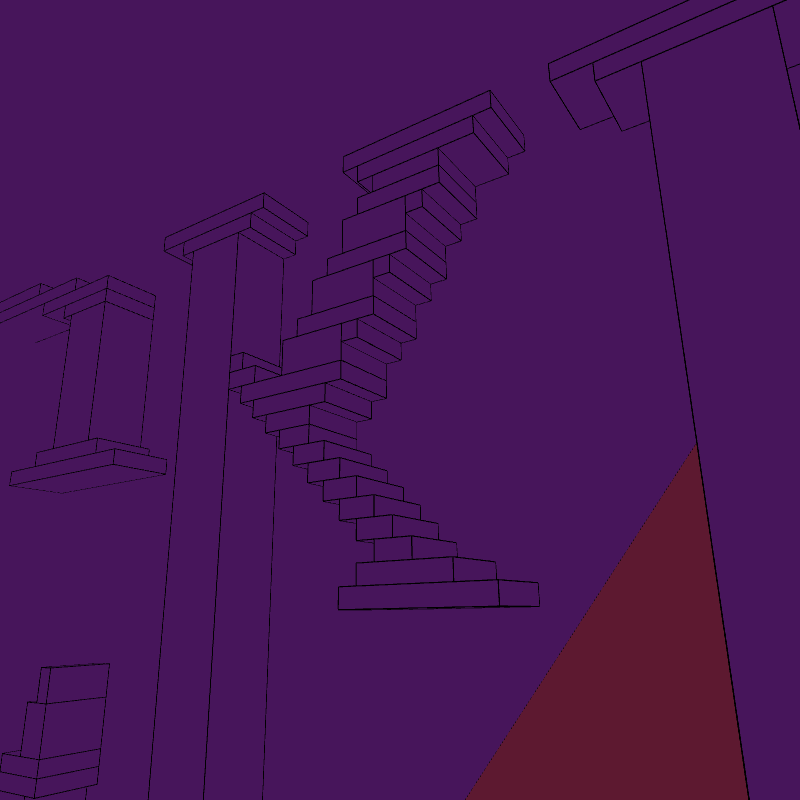 My research has led me to discover ideas on expanded ecology, interconnectedness, entanglements and emergence, the latter particularly in computational biology; the decolonization of ecology; and de-centreing / decentralization of humans with ecology — to treat each species equally — which leads back to Haraway’s idea of “being kin to the critters”; and the key ideas on interconnectedness of ecology from Deborah Bird Rose, Donna Haraway and Thom van Dooren, that “everything connects to something, and that connects to something else”. 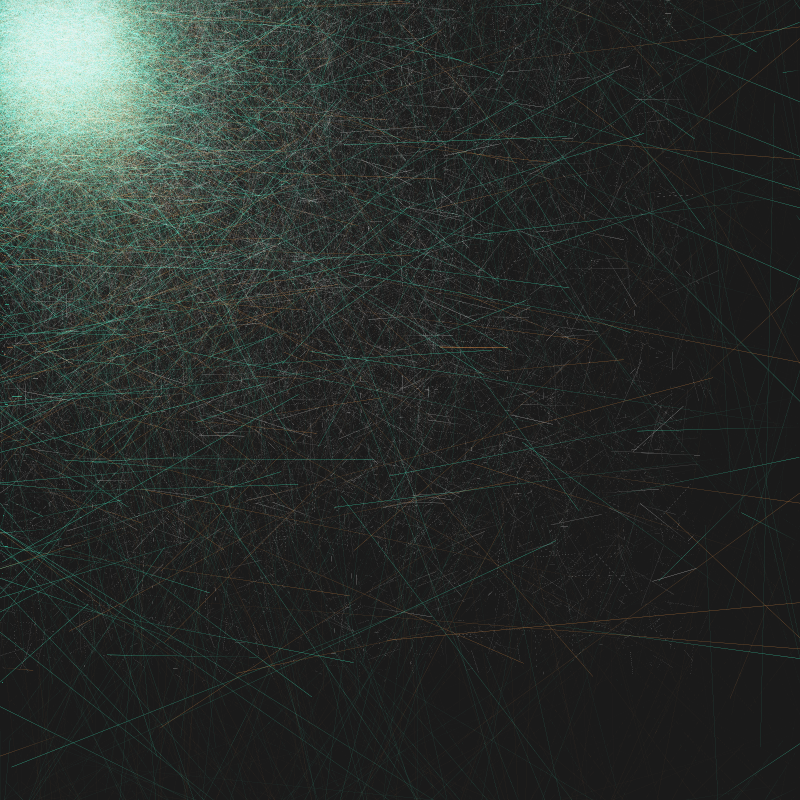 I’ve examined speculative architecture, particularly the impossible angled and unbuildable structures by Lebbeus Woods and their often turbulent, fractured, disrupted forms; organic / biological structures of Hermann Finsterlin and metablobs / metaballs from Greg Lynn; and morphogenesis and material ecology approaches of Frei Otto, Michael Hansmeyer and Neri Oxman; systems design, architecture, and biology; rewilding; extinction; Paleo Art; ideas around language and its impact on ecology, such as David Abram’s ideas on “when we start with language, we lose contact with the natural world”; the Aboriginal concept of Bir'yun — the shimmer of dynamic multi-species relations on and with their landscapes; and ideas on the remnants and ghosts left behind in landscapes when species become extinct. I also researched key artists from art movements such as Computer Art, Systems Art, Conceptual Art, Generative Art, Data Art, Net Art, New Media Art and Sculpture to reference these whilst placing my work into a contemporary context. 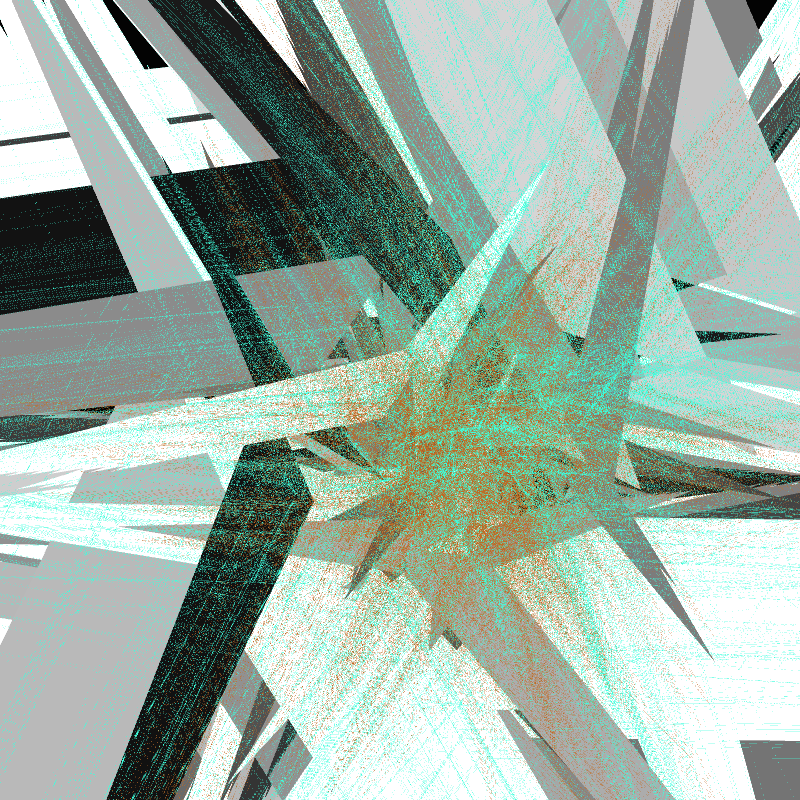 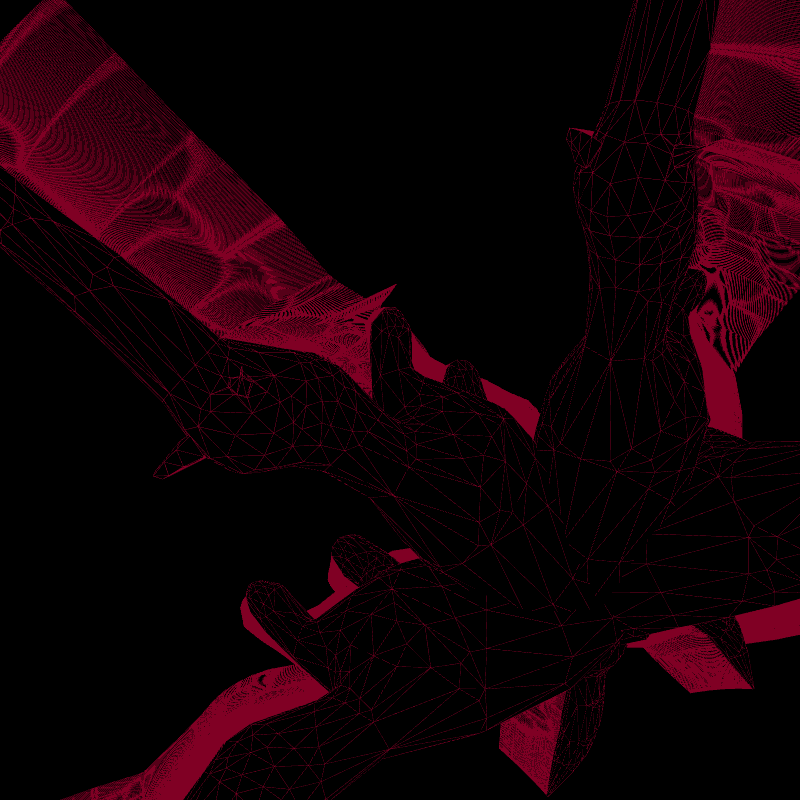 Whilst undergoing this research, I imagined blockchain landscapes, environments and architectures, comprised of blockchain data as text (2D & 3D), with digital 3D models and abstractions of extinct species placed in these environments to see the species’ point of view and to de-centreing the human in this ecological system and to examine the question: what would the species see once on the blockchain? 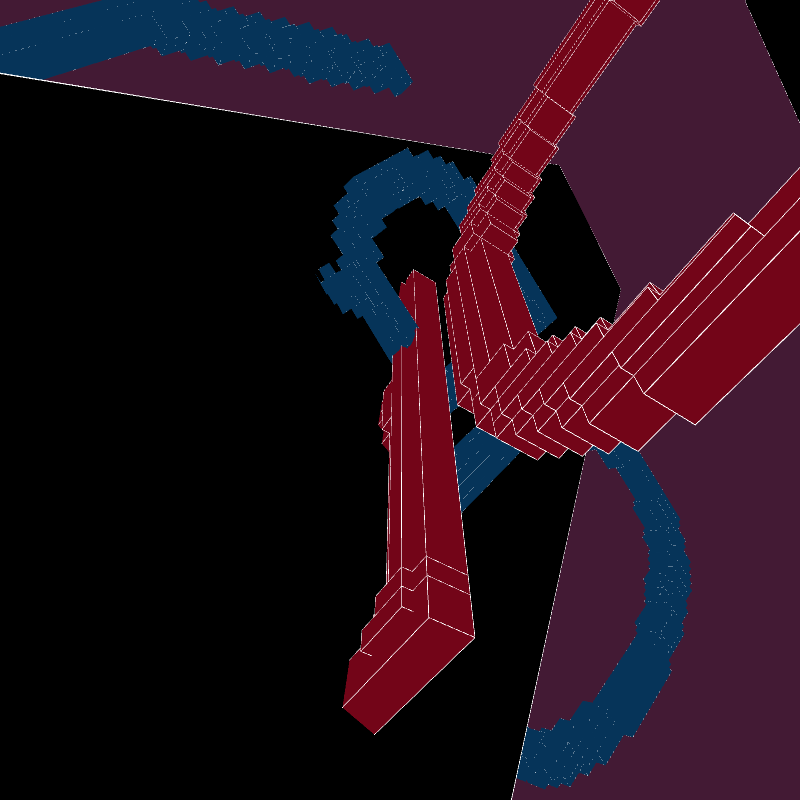 To simulate the evolution of the species and their changing blockchain environment, I extended my previous 2019 API drawings (which used data from a community email list), to using data / metadata from the blockchain API. This process is important to my evolution based ideas and drawings, as the dynamically drawn versions are continually changing, so can still evolve once on the immutable system of the blockchain. One limitation I found is that making external network calls to APIs is not allowed on fx(hash) platform, so these drawings are best created and seen on h=n / Teia. An important caveat to my work is that it’s currently platform-specific regarding the evolution explorations, and that these drawings are very experimental and may break in future if the API changes — having a backup of the data contained in the drawing can add redundancy, though may still mean the drawing looks different in future. On hic et nunc / Teia, I can continually evolve the landscapes and architectures of the blockchain, but on fx(hash), the drawings and therefore landscapes/species/architectures reach their final form due to the deterministic feature of the platform and the limitation on not being able to make external network calls to APIs. To further test this on fx(hash), I can make the API call offline, then save the data to a file and read it as a self-contained drawing component, though this is a workaround and limitation of this exploration. 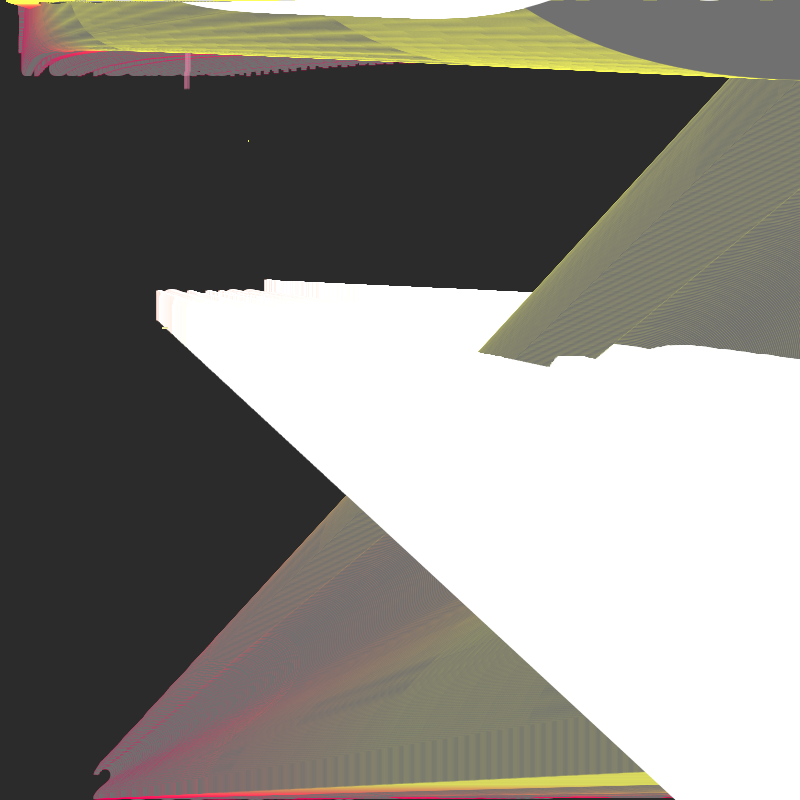 Note: "data as landscape" drawing shown above is now broken as the API call is blocked. the token is flagged also as it makes external network calls. including it here for reference though as it's a key part of my concept